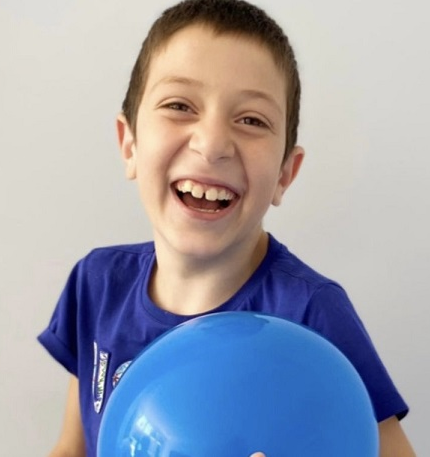 My son Michael is 7 years old. In August 2022, we underwent the transplantation of the own stem cells from the bone marrow for autism correction at the Mardaleishvili Medical Center in Georgia.

3 months have passed and Michael definitely received a tangible dynamics in development. He understands the addressed speech for 100 percent, he has become more conscious. Before he did not react to the arrival and departure of me, his mother, but now, he meets all members of the family with joy, misses them, shows his emotions.

Specialists praise Michael very much, he has become more attentive in the classroom. He began to show care and love for young children, sing songs to them, lull them to sleep

His behavior has definitely improved. Previously, it was difficult to walk with Michael, now he does not run away, turns around and checks whether I am following him. Despite the fact that the rispolept had been canceled, the tantrums completely disappeared. Michael began to act better in the society; he can sit all the evening at the table with the guests.

Previously, he pronounced separate words, but now, he can pronounce 2-3 words in one breath. Michael began to eat dishes that he had not eaten before.

We want to express our deep gratitude to all the medical staff of the Mardaleishvili Clinic for their professionalism, work and attention. We hope that we will be able to share further successes of our son.