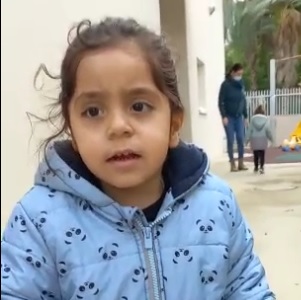 Hello, my name is Liraz. We live in Israel.

My son Osher is 3 years old, he was diagnosed with autism and a mild form of cerebral palsy (Little syndrome).

In December 2021, at the Mardaleishvili clinic in Georgia, my son underwent transplantation of stem cells from the umbilical cord blood of his younger sister (Sibling).

Despite the fact that little time has passed, Osher pleases us with success, which is a great happiness for us. He can stand on his own feet and stand confidently, which was impossible a month ago. Previously, it was necessary to fix belts on the child’s waist and on the walking frame to support the body. Now Osher walks and runs without fixation with the help of walking supports.

Osher began to respond to his name, began to understand addressed speech better, keeps eye contact, became calmer, began to be interested in toys, tries to play, became inquisitive, and also tries to fulfill our requests. Teachers in the garden are amazed at Osher’s success in such a short time.

We want to express our deep gratitude to all the doctors of the Mardaleishvili clinic for this miracle and will continue to share our successes.