Our Contacts
+
Home TestimonialEliran`s mother (4 years old) after 5,5 months from the procedure 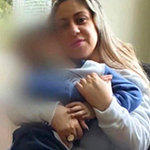 Eliran`s mother (4 years old) after 5,5 months from the procedure

Review of Eliran`s mother (4 years old) after 5,5 months from the procedure.

My name is Pnina. I`m Eliran`s mother, he is 4 years old and he was diagnosed with ASD.

5,5 months ago, Eliran underwent transplant procedure of own stem cells from the umbilical cord blood in the Mardaleishvili Medical Clinic, in Tbilisi.

After 3 months from the procedure, Eliran began to speak the first words. Before that he only made sounds. He learned to listen, better understands the speech, learned to express his desires to adults.

Significantly have been improved Eliran`s motor skills. Previously he was not able to carry even light objects, now he doesn’t drop things on the floor and is able to hold them properly.

Before the procedure he only ate food for infants, now he eats almost everything (meat, fruit).

The memory of the child has been improved significantly as well. He knows the way to kindergarten, knows how to behave in transport.

The teachers in the kindergarten noticed the improvements and say that Eliran is now different person.

When we came for the transplantation I didn`t expect to receive such a significant result after this procedure. I`m very grateful to the doctors of the Mardalishvili Clinic and I want to thank them on behalf of our entire family.