Most families don’t have much experience with autism, more formally known as Autism Spectrum Disorder, or ASD. That’s why if a child is diagnosed with or suspected of having ASD, there’s often much uncertainty about how to proceed. Of course, parents will be concerned with finding an effective way to deal with ASD, if it is possible, but treating ASD depends almost entirely on the individual diagnosis for the child.

Once a good ASD diagnosis has been obtained, this is where the possible options for treatment come into play. Some treatments are available all over the world, such as behavioral therapy. Others, however, might only be obtainable in certain parts of the world, such as stem cell therapy at a children’s autism clinic in Tbilisi, in the country of Georgia. But why? 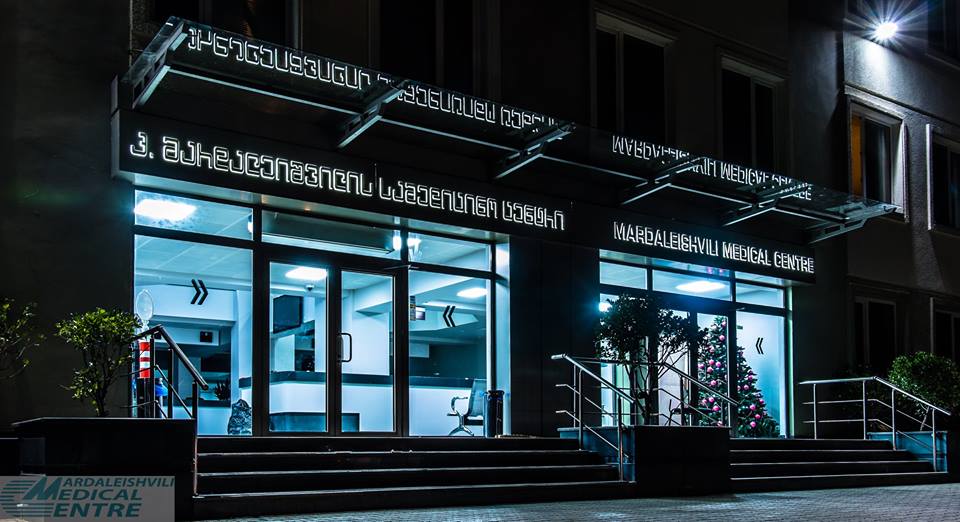 ASD, unlike some medical conditions, is not something that manifests later in life. ASD, if it is present in a person, is usually there from, or within a few years, of birth. Older adults do not suddenly show signs of ASD, although it is certainly possible for people with ASD to go for years without being properly diagnosed.

However, for most people, especially those with observant parents, ASD symptoms can usually be caught within a few months, or years of birth. An infant, for example, who refuses to make direct eye contact with people, is showing early symptoms of ASD, as one possible consequence of ASD is for the child to find direct eye-contact overstimulating and unpleasant, thus creating an avoidance reflex.

This is why many ASD doctors and clinics put focus on child treatment. Unfortunately, medical science is not yet at a stage where this is a cure for ASD, so it is currently like other conditions such as diabetes or asthma, in that a diagnosis confirmation means that this is a lifetime medical condition that must be managed. The earlier the diagnosis occurs, the more options will be available as to how to proceed with treatment and management.

Why Tbilisi Clinics Are Different

There are many children’s autism centers throughout the world, and they all share a common goal of helping families to find the best approach for dealing with the symptoms an ASD child displays. However, different clinics will have different methods. Some clinics, for example, may specialize in the more extreme symptoms such as violent behavior, and prescribe antipsychotic drugs to help children stabilize and start to overcome those tendencies.

Other clinics may take a strictly therapeutic approach through psychological techniques. Behavioral therapy, for example, can let children take control of their lives by confronting the problem symptom, such as not looking people in the eye, or lacking the coordination to tie shoes, and teaches them to overcome these obstacles themselves.

But the children’s autism clinics in Tbilisi can offer a type of treatment that is not widely available, not even in the United States, and that treatment is known as stem cell therapy. The treatment itself is very well understood, and even in the USA, it is widely regarded as an effective treatment for some types of cancer, such as leukemia, where it is officially recognized as a recommended solution, if appropriate. But the USA, despite its medical community being aware of the potential of stem cell therapy, does not yet allow it to be used to treat conditions outside of leukemia.

The children’s autism clinics in Tbilisi, Georgia, however, are 100% legal to give this treatment.

Stem cell therapy is the transplantation of stem cells into a patient. Stem cells have the medical nickname “master cells,” because, unlike any other cells in the body, they can “rewrite” themselves to become any cell, whether it is skin, hair, or cells that don’t commonly grow back, such as heart, lung or nerve cells.

The reason stem cells are used in leukemia treatment is because cancer works by mutating a cell, so it is defective, and then having that mutant cell replicate at an accelerated rate, eventually outnumbering the healthy cells. Given enough time, this leads to sickness and even death. The introduction of stem cells into a cancerous area, however, has the effect of reintroducing healthy cells that are not defective, and replicate correctly.

This means that for parents interested in stem cell therapy for their children, who are unable to get their children in American research products, places like children’s autism clinics in Tbilisi are the only place to go. 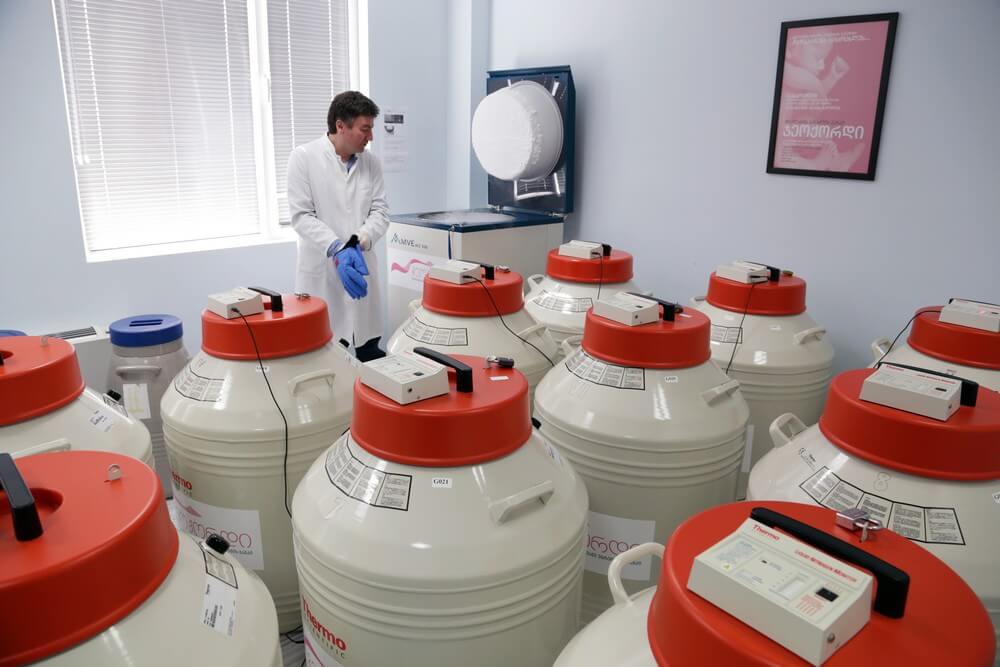 Many parents wish for the same thing, and that is to have a happy, healthy child to raise. Sadly, this hope, while common, is not a guarantee for every couple that decides to start a family. Even with all the best intentions, and prudent medical measures, a child can be born with a medical condition or other disorder. Sometimes it’s a physical ailment, such as cystic fibrosis, which is a genetic disorder. Other times, the condition may be psychological, such as sociopathy or psychosis.

And then there are times when a condition appears to fall in between the two, such as children diagnosed with autism, more formally known as an autism spectrum disorder, or ASD. This is a very complex condition, for which there is are still many unknowns. But what is it, and what can an autism clinic do to help?

ASD is, for the moment, not completely understood, and so research continues to get a better understanding of ASD, what it is, and how to treat it. For example, there is still no concrete data about exactly how ASD is contracted, which is why conspiracy theories such as vaccines still proliferate despite there being no medical evidence. What is known about ASD is that there’s likely to be a genetic component since ASD parents can give birth to children diagnosed with ASD. However, there is also evidence that indicates ASD may have pre-natal factors as well, meaning that a pregnant mother contracting certain illnesses, such as rubella, may have those illnesses result in ASD for the child that is born.

ASD is characterized primarily by behavioral symptoms. Children with ASD, for example, often are unable to maintain eye contact with others during communication. There may also be instances of what appear to be unprovoked, or magnified aggression, primarily non-verbal communication, unusual speech patterns, or repetitive behaviors. One of the challenges of ASD is that there is a whole range of different behavioral symptoms associated with the disorder, but the severity differs widely amongst those diagnosed, as indicated by the word “spectrum” in the condition. Currently, there is no known cure for ASD; it can only be managed.

Because of the complexity, and significant variance in ASD, it can be very challenging for parents to know exactly what to do with an ASD child. In some cases, they may not even be aware they have an ASD child. An autism clinic can be a great resource for these parents to not only learn more about ASD; in some cases, these clinics can help parents to better deal with the condition.

Depending on the clinic, parents may be able to take children to their clinic for a medical evaluation and diagnosis to determine the presence and scope of ASD, if qualified staff are present. If not, autism clinics are often the best place to get reliable referrals to qualified medical personnel that can be trusted to make these evaluations.

Autism clinics can be important resource centers for both parents and schools/teachers if there is a need to accommodate ASD needs in education. Sometimes a school only needs to make a few minor—but specific—adjustments in teaching to suit the needs of ASD students better and allow them to learn and socialize in a normal school setting.

In other cases, autism clinics can be important in offering additional services for the treatment and therapy of ASD.

Depending on the type of ASD symptoms a child expresses, a variety of different approaches may be appropriate to manage ASD. Some children, if medically recommended for it, may be advised to take medications, such as certain types of antipsychotics, to bring some behavioral deviations, like aggression and poor impulse control, more in line.

Other children, however, may be recommended to try different types of therapy based on their particular needs. Occupational therapy, for example, can be used to target specific activities that an ASD child should learn, such as using utensils while eating, or learning to tie shoes. For parents concerned about social issues, speech therapy can be used to teach ASD children normal social protocol, such as maintaining eye contact when interacting with others, or using more appropriate language and waiting for people to stop speaking before choosing to respond.

There is a wide range of different symptoms with different methods of addressing them. An autism clinic is important for parents and schools in helping to understand ASD behaviors and addressing them in a productive way that does not harm or inhibit ASD children. If parents are interested, they can also talk to autism clinics about other alternatives, such as looking into the possibility of stem cell therapy for ASD children and seeking advice about whether this is medically advisable for their particular child.

With any form of ASD treatment or therapy, is it always important for parents to get a professional medical opinion, before deciding to undergo that treatment.