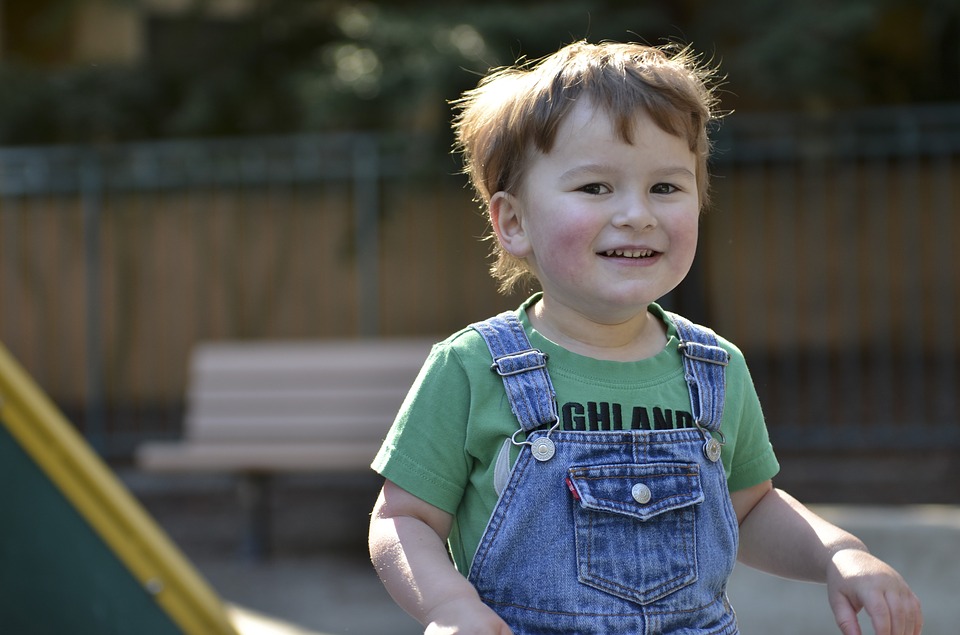 Autism today is better known as autism spectrum disorder or ASD. It’s a medical condition that, unfortunately, currently has no known cure, although there are a variety of different treatments available to help manage the many different symptoms that ASD diagnosed patients may display. The one thing that is largely in agreement is that ASD exhibits behavioral symptoms primarily, and so can have an effect on how easy or challenging it is for those diagnosed with the condition to interact comfortably with others.

As the name indicates, ASD has a broad “spectrum” of different behavioral symptoms, and these symptoms can occur at various intensities. This has, in the past, made correctly diagnosing ASD so complex that it wasn’t until the 1980s that ASD was even recognized as its own distinct medical condition. Before this change, ASD was diagnosed as some specific illnesses and even mistaken as a form of schizophrenia, since some types of ASD responded to the use of antipsychotic medication.

Today, ASD is now recognized as a series of symptoms, and people are diagnosed and treated according to their individual symptoms, but before this modern interpretation, ASD was originally, in the 1980s, broken up into four subtypes of autism.

Adults today are likely to recognize some of these terms as they were used extensively in both the news and in fiction, such as film. It was only 2013 that the current interpretation of a single disorder with multiple symptoms was adopted. Most people will be at least passingly familiar with some of the terms previously in use.

Thanks to fiction and the media, Asperger’s is one of the most well-known classifications of ASD and, to this day, is still in informal use, even if the actual medical designation has been abandoned. Greta Thunberg, the famous 16-year-old environmentalist, is one of the most famous people in the world right now who still invokes the term “Asperger’s Syndrome” to describe herself.

In one sense, Asperger’s is often regarded as the “desirable” or even “fashionable” form of ASD that people want to have, and some people still make unfounded claims about having it. Asperger’s was, during its time, considered a “high functioning” form of ASD, and was often associated with people who had “eccentric” or “quirky” personalities, but were also often considered brilliant due to the hyper-focus and increased powers of concentration Asperger’s could potentially leave as a side-effect of the condition. People legitimately diagnosed with Asperger’s would sometimes go decades without a professional medical diagnosis, because the symptoms could be so mild that some people thought of themselves as just “introverted,” or draining to interact with people, rather than having a medical condition.

The previous ASD classification system diagnosed people into four groups based on the severity of the symptoms they had, but it was the second, more serious classification that started to show some of the cracks in the original diagnostic methodology. Known as Pervasive Developmental Disorder—Not Otherwise Specified, or PDD-NOS, this was considered more serious than Asperger’s and could leave people with real difficulties interacting with others.

However, as the name implies, “not otherwise specified” made PDD-NOS a “miscellaneous” category that just about anything that didn’t fit the other three categories would fall into. While Aspergers and “classic autistic disorder” had a small range of very simple, easy to categorize symptoms, many other diagnoses only partially fulfilled these other categories, and so, due to not completely fulfilling them, would fall into the PDD-NOS category, thus causing many diagnostic headaches. While poor adaptive behavior, difficulty responding to changes in routine, and language developmental issues were part of PDD-NOS, many other symptoms also fell into this category.

Autistic disorder was also commonly referred to as “classic autism,” and this more extreme variant was often the subject of media portrayal thanks to its many unique symptoms. The movie Rain Man, for example, is one of the most famous film renditions of classic autism, with the extreme degeneration of normal interactions, the emphasis on repetitive behaviors, and the subsequent “side-effect” of an ability to focus or perform complex mental operations.

Autistic disorder is the third category in severity, also required much more intensive treatment. Focused therapy and sometimes even the use of medication were advocated for people in this range.

The most severe form of ASD under the older diagnostic system was often, for parents, also the most frightening. A chief component of Childhood Disintegrative Disorder is a regression. That is, the child would appear to be developing normally, learning speech, advancing hand-eye coordination, then stop, and reverse the process, becoming unable to talk or perform activities that used to be easy. CDD could occur between the ages of 2-4 years.

This condition was so severe that sometimes the use of antipsychotics or anticonvulsants were advised. Basic tasks like being able to eat, or put on shoes would be beyond children diagnosed with this condition. 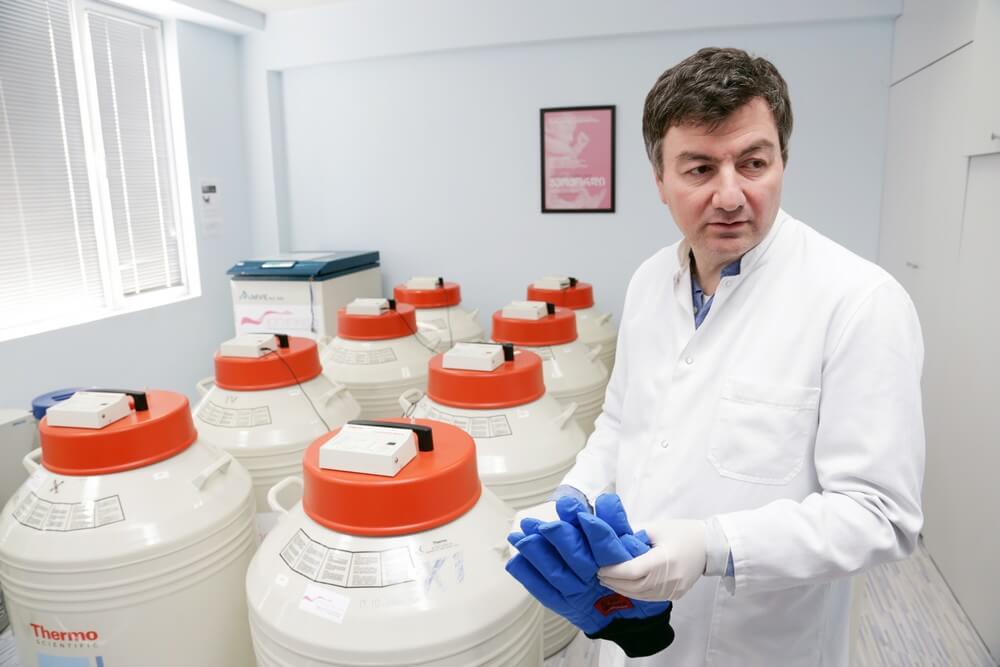 Autism is a difficult condition to deal with and diagnose, which is one of the reasons why, for so many years, autism was a challenge for medical professionals. Autism is now more properly known as Autism Spectrum Disorder, or ASD, which acknowledges the fact that that the intensity and specific symptoms of autism lie along a very broad spectrum.

This is why, in the past, some conditions were given entirely separate categories, such as Aspergers Syndrome. Today, more comprehensive research and a better understanding of the manifestation of symptoms have now more accurately included many seemingly disparate conditions under the umbrella of ASD. This is why some people who may appear to have severe communication and information processing issues can be diagnosed as autistic, while people with high functioning autism, who only appear a little bit eccentric in some respects both have the same condition; they just fall along with different areas of the spectrum.

ASD, unfortunately, does not have a cure. ASD symptoms can be treated and managed, but no vaccination or antibiotic can be administered that makes ASD go away. ASD knowledge, while growing, is still not absolute, and there is a great deal about this condition that is still unknown and still being researched all over the world.

However, despite the lack of a cure, progress is being made in ASD treatment and management. Depending on the type of ASD diagnosed, some people, for example, benefit from behavioral therapy, teaching children, for example, the mannerisms that others usually integrate subconsciously, such as maintaining eye contact while speaking. Others respond to medication, such as anti-psychotics. However, research and interesting results are coming from another avenue of treatment, and that is stem cell therapy.

Stem cells aren’t new, but the ways to use them are a relatively recent scientific discovery. The best way to think of stem cells is as “blank,” or “master cells.” Ordinarily, the cells in our body can only have replacements created by other similar cells. When we bleed or donate blood, that loss is replenished by our existing blood cells creating new blood cells. When we get cut or recover from a burn, the skin that grows there comes from skin cells reproducing new skin cells. A skin cell can’t create a brain cell, and a liver cell can’t create a heart cell.

This is where stem cells radically differ. Stem cells can be “overwritten” to become any cell they need to be. This is how an embryo developing in the mother’s womb can go from a collection of simple cells multiplying, into specialized cells for different organs like the brain, stomach, and eyes. In effect, we all start from stem cells, and then as we mature in our mother’s womb, those cells eventually specialize.

Stem cell therapy is a well-documented form of medical treatment for certain illnesses. Leukemia, which is a type of cancer that affects blood cells, has experienced dramatic success with this type of treatment, rather than more traditional methods, such as radio or chemotherapy. Stem cells have two benefits, growing into whatever cells are required, as well as encouraging the affected area to increase its production of replacement cells.

However, as with any introduction of a new element into the body, some compatibility is required. In the case of stem cells, either a person’s own stem cells, from bone marrow, or stem cells previously collected from birth, such as “cord blood,” which is found in the umbilical cord of the birth mother, and is rich in stem cells, are ideal for use.

Stem cell treatment for autism is a relatively new method, but the results so far have been quite promising. Stem cells are administered either intravenously, usually through a major vein in the arm, or intrathecally, which require more precise injection into the spinal cord.

Because autism cases may be a mix of both physiological disorders and behavioral, not every child is suitable for this form of treatment. However, if a child’s speech issues, or violent behavior, for example, are related to a physical condition, then stem cell therapy to encourage the growth of new, healthy cells in problem areas can reduce these conditions.

It is important, however, to ensure that a proper diagnosis occurs. While stem cell therapy can generate promising results, there are no guarantees for every symptom of ASD. Some children may receive much more effective results from behavioral therapy, while others may require a regular prescription of medicine. Make sure to have your child properly evaluated by medical professionals first, before assuming stem cell therapy must be the answer.