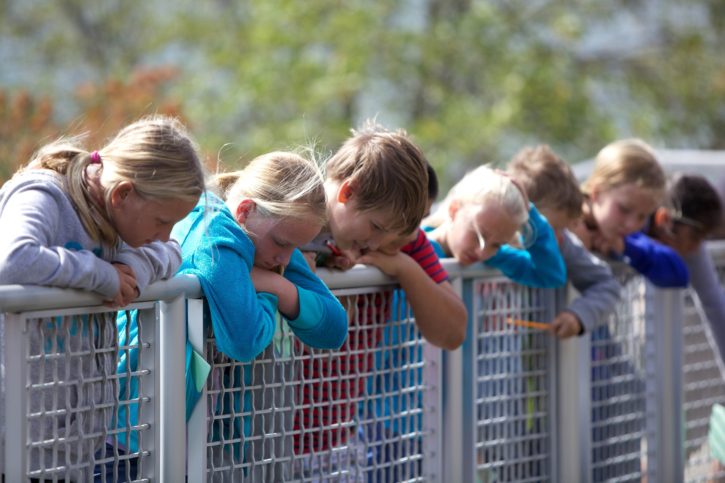 The condition called autism, which today is more often referred to by specialists as autism spectrum disorder (ASD) has had a very turbulent journey over the years. Medical science has not been quick to diagnose this condition, and for many decades, different aspects of ASD were thought to be completely separate disorders by themselves, while other types of ASD weren’t even recognized as disorders.

The most resounding example of this was how, until the 1980s, autism was not even thought of as a distinct medical condition, but was often misdiagnosed as one of the possible symptoms of schizophrenia, resulting in many people throughout the centuries not getting proper medical attention or treatment.

Because of the many different symptoms and intensities of those symptoms, autism is a very complex disorder to both understand and treat. This is one of the reasons why, for many years, there was a classification system in place that tried to categorize the different types of ASD. Atypical Autism was one of these, but what was Atypical Autism, and why is it that it is no longer formally recognized?

For American—and ultimately global—medical professionals, one of the “sacred texts” of mental health is the Diagnostic & Statistical Manual of Mental Disorders, more colloquially known as DSM. The DSM publication first went into print in 1952 and became the benchmark that medical experts would use amongst each other, and as a tool of communication and diagnosis for different mental conditions.

It was with the third edition of DSM, known as DSM-III, that autism was finally acknowledged as a distinct condition with its own symptoms, and recommended forms of treatment. When autism was first entered into DSM-III, however, it wasn’t in its current form. It divided autism into separate categories that tried to make distinctions according to the severity of the symptoms diagnosed. On the mild end were “high functioning” autistic patients, often with what was called “Asperger’s Syndrome” during those years, a condition originally thought to be distinct, until it was understood to be a type of autism.

Then there was atypical autism, which took on a host of different symptoms and classifications.

Under DSM-III, atypical autism was formally known as Pervasive Developmental Disorder-Not Otherwise Specified, or PDD-NOS. Asperger’s was considered the “mildest” or least severe category and was “high functioning.” PDD-NOS was a little more severe, and then very severe was “Classic Autism.” On the opposite end, the most severe, “low functioning” disorder was referred to as Childhood Disintegration Disorder.

One issue with PDD-NOS was that it showed the cracks in the categorization system. While experts felt that there were enough common characteristics to divide autistic patients into Asperger’s and Childhood Disintegration Disorder, many patients “fell through the cracks” and had symptoms that didn’t neatly fit into the other categories and were thus, “not otherwise specified.”

The only consistent aspect of the atypical autism classification was that it wasn’t quite as “mild” as Asperger’s. It included symptoms such as:

One of the chief symptoms of autism, in general, is atypical or unusual social behavior, but if it is more severe and pronounced, it tends to move people out of the Asperger’s category and into atypical autism. If the patient experienced difficulty in socializing, and others commented that the person’s behavior was unusual and abnormal enough to interfere with interactions, it was considered atypical.

PDD-NOS was usually associated with communication problems as well. In particular, competence with language, especially conventional speech, could be a problem. This could manifest itself in different ways, such as people having difficulty speaking at all, or speaking in problematic ways, such as an inability to add inflection to words, resulting in all speech coming out flat and monotone, more like a robot than a person.

PDD-NOS was also characterized by having more frequent and/or severe focus on repeated motions and behaviors. The tendency to repeat a motion, such as rock back and forth, or repeat a gesture with hands is characteristics of autism in general.

As time passed, it became more clear to the medical experts that if more and more patients were being diagnosed as atypical autism because that was far more common—or less restrictive—than the other categories, then that became a diagnostic problem.

That is why, in 2013, with the release of DSM-IV, the four categories of autism were abandoned, and atypical autism, like Asperger’s Syndrome and the other conditions, were “collapsed” into a single diagnostic class, Autism Spectrum Disorder. This meant that now, instead of looking at a few symptoms, and trying to decide which “class” of autism a patient fell into, and then apply treatment based on that class, patients are now diagnosed on the individual symptoms they exhibit, with treatment being based on their individual symptoms along a spectrum, rather than a rigid class system.